For much of the 2022 Formula One season, Max Verstappen’s inevitable march to a second consecutive world championship felt more like a procession than a competition.

Verstappen wrapped up the defense of his title with victory in confusing circumstances at a rain-soaked Japanese Grand Prix earlier in October, not realizing he had done enough to retain his crown until well after the race had concluded.

Mercedes, seemingly unbeatable for seven years with Lewis Hamilton and Nico Rosberg sweeping the titles, never really got out of first gear, while Ferrari – after an impressive start to the season – then fell away.

Such was Verstappen’s sheer dominance, the Dutchman became only the fourth driver in F1 history to secure the world championship with four or more races remaining.

One caveat that has yet to fully play out regarding Red Bull’s success is that the team breached F1’s cost cap rules in 2021, according to the sport’s governing body the FIA.

“We note the findings by the FIA of ‘minor overspend breaches of the financial regulations’ with surprise and disappointment,” Red Bull said in a statement earlier this month.

“Our 2021 submission was below the cost cap limit, so we need to carefully review the FIA’s findings as our belief remains that the relevant costs are under the 2021 cost cap amount,” the statement added.

The FIA has yet to announce how Red Bull will be penalized for breaching the cost cap.

Given the ease with which Verstappen clinched the title and the ever-increasing gap between Red Bull and its rivals, perhaps the most pertinent question going forward is not whether the Christian Horner-led team can win the drivers’ championship again in 2023, but how many can they win in a row?

“I think that if you asked me last year after that really tight battle with Mercedes, I would have said it was going to be a bit more challenging to go on the kind of run that Mercedes had done,” Lawrence Barretto, correspondent and presenter for F1, told CNN Sport.

“But Red Bull have not only made the best of the new regulations, but they seem to have a driver in Max that is driving at a level that I’ve not seen since Lewis Hamilton.

“I think Max is driving at such a high level now that, yeah, I think he probably could go on to not just dominate this era of Formula One – up until 2026 when the regulations will change again – but possibly beyond that because he’s only 25 years old and he could go on if he wants to for 15, 16 years.

“As long as he’s winning, I don’t think he’s going anywhere, and Red Bull and Max are just making such good decisions at the moment and everything is operationally working so well that I think we could see a period as dominant, if not more dominant, than Mercedes.”

However, both Red Bull and Mercedes know how quickly things can change in F1.

After winning both the drivers’ and constructors’ championships for four straight years between 2010 and 2013, Red Bull didn’t taste success again in either until Verstappen won the drivers’ championship in dramatic and controversial circumstances on the final lap of the 2021 season.

Despite losing out on the drivers’ championship, Mercedes still claimed a record eighth consecutive constructors’ championship last season, but the team has seen an alarming drop off to its rivals in both championships in 2022.

Mercedes has failed to win a race all season and Hamilton’s current points tally of 180 is less than half of Verstappen’s.

“I think the positive thing for Mercedes is that if you look at where they started at the beginning of the season and where they are now, they’ve made huge gains in terms of ultimate performance,” Barretto explains.

“So, obviously, they’re still not on par with Red Bull and Ferrari, but they’ve shown that once they’ve got a problem and understand it, they can then cure it and make some gains and get lap time.”

The emergence of Verstappen as a challenger – and then successor – to Hamilton’s crown has been without question one of the biggest contributing factors to the power shift at the top of the sport.

With both drivers being daring and ruthless and backed by teams with little love for each other, last season gave fans the kind of title race they had been craving since Rosberg edged Mercedes teammate Hamilton to the title in 2016.

Having only just turned 25, Verstappen’s peak is still likely ahead of him, while at 37 years of age it is reasonable to question – as has happened at times this season – whether Hamilton’s best years as a driver are behind him.

“I don’t think that Lewis Hamilton’s got any worse, I think that he has been faced with a car that is so difficult to drive that he isn’t used to that,” Barretto says. “2013 was probably the last year in which he had a car that he couldn’t really compete at the front with.

“He was also the driver who had the more dramatic, risky set ups at the start of the year as they were trying to understand what was wrong with the car.

“I don’t think Lewis is any slower than he’s been. If he had the car to win, I think he would have been fighting for the world title this year.

“There’s been enough races this year where we’ve seen him deliver the kind of qualifying laps or the race performance to suggest he’s still got it – it’s the car that’s been the biggest issue.

“I do think he’s made mistakes this year, but mistakes happen when you’ve got a car that you’re having to hustle or you’re trying outdrive or get more lap time out than it’s capable of doing.”

Hamilton also seemed confident in the aftermath of the Japanese GP that Mercedes would be competitive once again next season.

“I think for us, we know what the problems are with this car,” Hamilton told Sky Sports. “I believe that we as a team, we’ve not gone from being world champions to not being able to build a good car. I have no doubts we’ll build a better car next year.

“Whether or not we rectify the issues from this year, we’ll find out when we get there.”

Given the complications teams face with making improvements since the cost cap came into effect in 2021, that may be easier said than done with an number of issues hampering the Mercedes car this season.

“I think the problem for them is that the budget cap is going to limit the way you accelerate performance going from one year to the next,” Barretto says.

“We’ve got relatively stable regulations from now until 2026 and we’ve also seen in history that actually, when you’re trying to play catch up, every gain you make is great, but it’s such a small amount of lap time each time you do that, that it could take months – if not years – to catch back up.

“Red Bull are going to keep pushing ahead because they’ve got this concept at the moment where they feel like they haven’t got near to the very best of what they can do, but they’re on the right path and so for them, it’s not about trying to cure problems, it’s just about trying to understand the package more.

“It’s going to be very difficult for Mercedes and, to an extent, Ferrari to catch Red Bull, at least in the interim, next year and in the next two years, but as the regulations mature and the ceiling gets closer, I think they will they will start to close the gap.”

Hamilton, who won his second title by the age of 29, is less than a year removed from the kind of form that saw him take the title race down to the final day, so it seems an improvement in the car rather than his driving ability will be the key factor in Mercedes returning to the top of F1 next season.

Of the other 18 drivers on the starting grid, less than a handful have the skill and the car to challenge Verstappen and ensure he doesn’t go on to create F1’s newest dynasty.

Given how well the Red Bull car has performed this season, Sergio Pérez no doubt has the machinery to challenge for the title, but the Mexican is yet to show the consistency necessary to win a championship, currently sitting more than 100 points behind teammate Verstappen.

Charles Leclerc is widely considered the best young prospect in F1 besides Verstappen, racking up five wins and 22 podiums by the age of 24, but his Ferrari team has failed to consistently match either Red Bull or Mercedes for pace and reliability.

The Monegasque driver boasted a 34-point lead after the first three races of the season, but three DNFs and some patchy form saw his title aspirations gradually vanish.

George Russell, Hamilton’s Mercedes teammate, will likely be another name to watch out for at the top of the standings in the years to come, in particular if Mercedes can fix its struggling car, but the young Briton still has a long way to go to prove he can match Verstappen and Pérez in F1’s new generation of stars.

“Mercedes, because of their run of form in recent years and their run of success, I think they are still well-placed because when they’ve got a car that is capable, everything else is so strong operationally, development rate, driver quality, they’ve got everything there,” Barretto says.

“In the next couple of years, it’s probably Ferrari that have got the best chance of really pushing Red Bull and I say that because they’ve got that younger, more exciting future spec lineup and they’ve got a car that, if they can tighten things up strategically, learn how to get the best out of the package more efficiently, they do offer a greater threat.

“But they are so unpredictable as a team, it’s so difficult to to put all your eggs in their basket year-on-year because you don’t really know what version of Ferrari you’re going to get that year, so I think it will be interesting.” 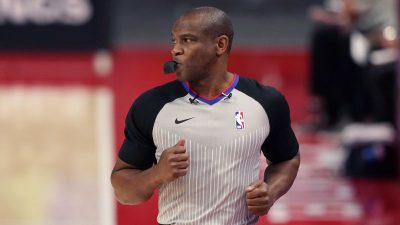 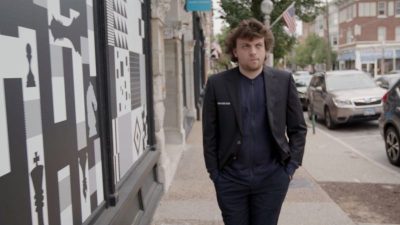 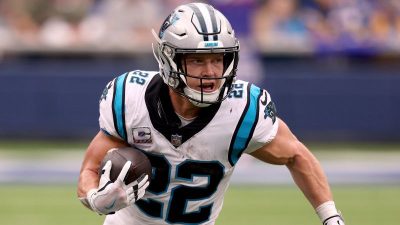 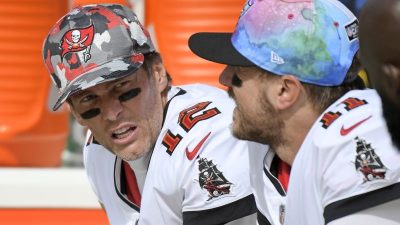 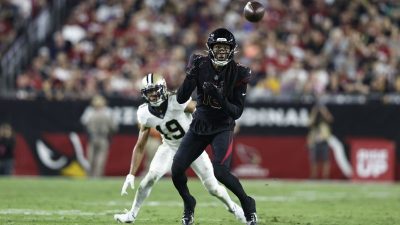